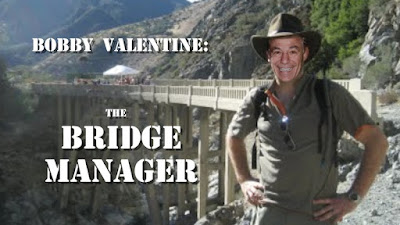 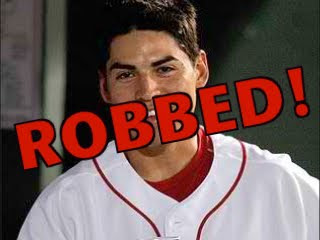 It kind of stinks."-- Dustin Pedroia on MVP-Gate 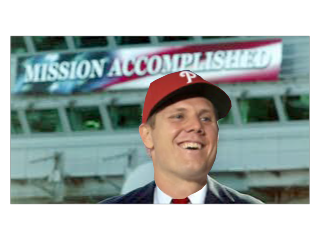 Jonathan Papelbon has made it clear for years that he wanted to reach free agency and set the bar for closer contracts, and that is exactly what he did. His loyalty has always been to getting the largest contract possible and not to the Red Sox. On Monday he received a 4 year $50,000,000.58 contract with the Phillies. On an annual bases a $500,000 pay raise from his 12 million dollar salary last year with the Red Sox. He made it clear from the get go that he wanted to get the largest contract for a reliever ever and for that honesty Paps we thank you.

The Wall Meet The Wall

The Wall tour will play to the original wall at Fenway, and other famed parks Wrigley Field in Chicago, Roger's very own
Center in Toronto and Citizens Bank Park in Philadelphia. He must be a fan of baseball.
Roger Waters is set to bring his historic, modern-day production of The Wall back to North America in 2012, this time landing the massive spectacle in several suitably large stadiums with a new, 36-show Roger Waters tour.
Roger Waters Tickets cannot be found at Fenway's box office but only through the Roger Waters Tickets and Tour online system.
Waters last performed "The Wall" live in America with Pink Floyd more than 30 years ago when the Green Monster was only known as The Wall. This won't be Waters first time to Fenway. After getting Pedroia's blessing Waters tested his own laser show at Fenway to make sure it would work.

We're going to be projecting over 140 yards. So now its going to be 1,500
pixels wide. We've done light tests at Fenway Park...and its fine. It works"
Said Roger. 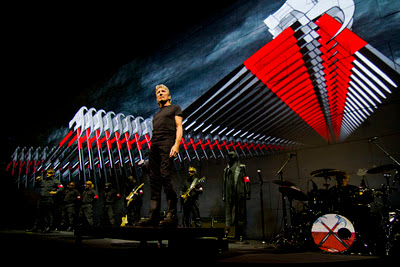 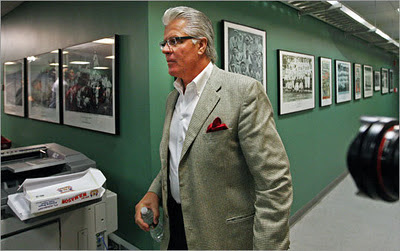 Pete Mackanin interviewed with the Red Sox on Monday for the job of 2012 manager. One thing of note during this process was his dress and appearance. I think it can be best described as your recently divorced uncle showing up for his first blind date.