The Real Reason Pap was Moved Back to Closer 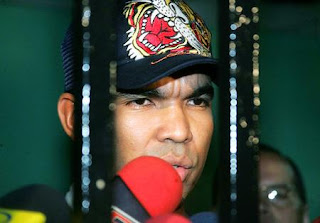 Former Red Sox reliever Ugueth Urbina was sentenced to 14 years in prison for the attempted murder of five workers on his family's ranch, the Attorney General's Office announced Wednesday.

Dice-K No No Speak to the Media 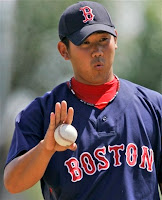 Dice-K was scheduled to speak to the media after his, no hit, 5 walk, 6 K Monday outing but changed his mind and released the aforementioned statement. 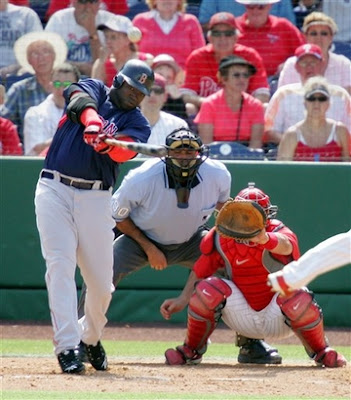 A trim BIG PAPI hits a monster homerun in the fifth during Friday's spring training win over Philly.

I haven't thrown a baseball for the last six months, It was only 45 feet, nothing speed-wise or anything like that, but it's another step in the recovery process.-- Matt Clement 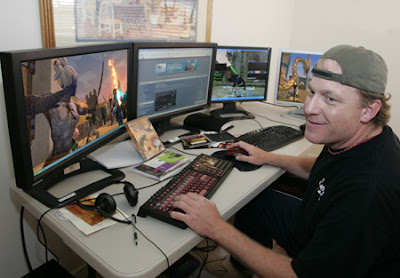 If you are like me you can never hear enough from Curt Schilling. It appears his IQ might be slightly higher than the average ball player but at times he says things that makes you wonder if he has any intelligence at all. I won't go as far as saying that he is a verbal train wreck waiting to happen but if he were a train he probably would be the Acela. Curt now has more trains leaving the station with his new personal "official" blog "38pitches.com".


Feast your eyes on such literal gems:
So thatâs where we stand today. I have the Twins again on Thursday, and then weâll move to four days off between starts. Iâm pretty sure I wonât see any AL East teams on the schedule, which means Iâll get to see Major League hitters for all my starts. Thatâs a good thing.
He was nervous as hell, had some trouble breathing, which was awesome to hear. He was throwing 88-90 his first time out with good command, which was all icing on the cake for me.

My thought as the pitch is being called is, âOK, anything but a fastball here.â Tek puts down fastball in, I shake no. Tek puts it down again, which means he feels great about the pitch. At this point the ONLY thing to do is commit to the pitch and throw it as I called it or step off. I do neither. Mentally I think no, but physically I nod yes. In the middle of my windup Iâm thinking, âOK, you idiot, why the hell are you throwing this pitch?â About ten seconds later, when the ball lands over the left-field wall, Iâm dropping words Iâd put soap in my kidsâ mouths for saying.