Big Papi took to Instagram to fire back about claims from a new book written by a former Red Sox security employee and MLB investigator that states Ortiz was linked to an individual who gambled on baseball and bet against the Sox in 2005. This is a big nothing burger as the author admits he doesn't have any evidence suggesting that Ortiz bet on baseball, in fact to the contrary,  but one of Ortiz's friends ("Monga") did. Ortiz posted to instagram to send a message to his fan base and the author. 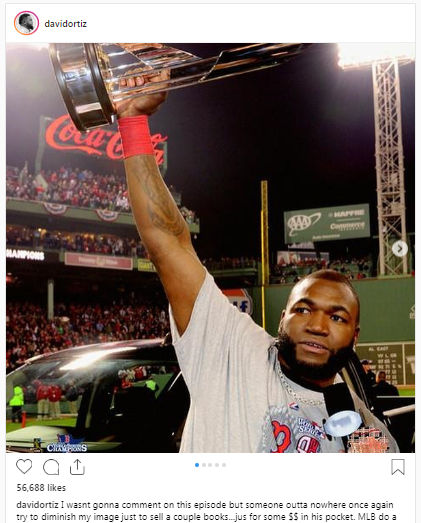 I wasnt gonna comment on this episode but someone outta nowhere once again try to diminish my image just to sell a couple booksâ¦jus for some $$ in his pocket. MLB do a hell of a job letting us know as a player the importance of NOT betting on baseballâ¦especially after pete rose. I have been a player that has been extremely blessedâ¦not only with the love of the fans, but also with lots of $$$. And im SMART ENOUGH to not get caught in some BS like thatâ¦.trust me!!! im doing this NOT because of u who wrote the book, im doin this for my fans to have peace of mind, cuz yâall deserve that. if i had been involved in anything related to gambling in 2005, my career wouldnât have ended in 2016â¦.MLB woulda gotten rid of me ASAP, cuz MLB donât play that!!!! Ill leave this here...remember, you knock me down 10 time, Iâll learn how to get up 11. TRUST. GOD BLESS AMERICA. -- David Ortiz

The Red Sox score their most runs in an inning since 2003 as the post 11 runs in the 7th for another come from behind win. It was accomplished by sending 15 batters to the plate and posting 12 hits.
The win and Yankees loss puts them back up to a 7.5 game lead in the AL East.

I love my country. I love this county. I stand by the Constitution and the Second Amendment. It's something that I take pride in and it's something that I'll back up.Â Â As most of you guys know, I'm Cuban-American. Most of my family was run out of Cuba because of a brutal dictator. It's terrible. It's one of those things where I'll never get to meet some of my family members because of it. It's one of those things where I was really touched at the time. I saw it and I posted it. I had no intent to offend anyone, but it was mostly just to state a point â a political point at the time that I believe in. -- JD MartinezÂ 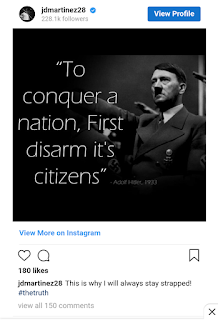 A look back in time at JD Martinez's Instagram account reveals he supports the second amendment and he has some questionable judgement. 5 years ago he posted a pro gun rights picture to his account featuring a picture of Hitler and a quote linked to him. Martinez was in his thrid year of playing major league baseball for the Astro's at the time.

Next year the Red Sox opening day game will be at 10 pm on a ThursdayÂ night in March!Â
The game is versus Seattle and it is part of an 11 game west coast road trip which will include a possible World Series rematch with the D-Backs. 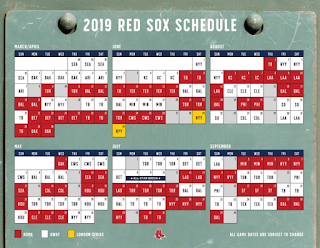 Good news, the Red Sox have a 100% chance of making the playoffs!

Bad news, the Yankees have a 100% chance of making the playoffs as well.