Not The Warmest of Welcomes For Gonzales 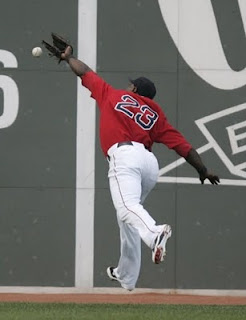 NUMBERGATE!
Mike Cameron, the 16 year veteran, decided not to relinquish uniform number 23 to incoming perennial All-Star first baseman Adrian Gonzales. Gonzales has worn number 23 for the last 5 years, basically his entire career. No one would expect the older Cameron to give up his uniform number if he has had a long storied career with number 23 but that simply isn't the case. Cameron has played a grand total of 48 games in the number 23 jersey. Those games came during a highly forgettable injury plagued season. For all other 15 years of his professional career Cameron has worn numbers 9, 24, 25, and 44. One might think the fourth outfielder would want to get rid of number 23 after he had his worst year in the majors while wearing it. One might think he would "give" the number to Gonzales under the promise of a new watch or a case of wine. One might think that Cameron would realize Gonzales will be with the Red Sox for many years to come and his days with the Sox are numbered (162 or less and counting); so why not be the bigger man and hand off the number to the future first baseman. One might think a lot of things about Cameron, but thoughtful and welcoming don't come to mind. Let's not forget that this is the same 37 year Cameron that insisted on playing center field for the Red Sox despite the fact that a faster and better center fielder, named Jacoby Elsbury, already had that job. 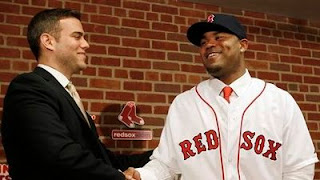 A website states that Carl Crawford is set to open antique book store in Boston.

With a new $142 million dollar contract with the Boston Red Sox, outfielder Carl Crawford can now pursue his decades-long dream of running an antiquarian bookstore. After being introduced by the Red Sox in Boston last week, Crawford immediately stepped into the car of his real estate agent, investigating possible locations.

Yes, for those asking I am going to open a bookstore. Details to come."--Carl Crawford

A few days later he deleted the tweet and retracted his statment.

Everyone, just so you know the bookstore thing was a joke. Sorry that the
sarcasm didn't carry over the internet."

Bookstore or no bookstore it looks like Crawford will entertain Boston fans on and off the field.
Original Story 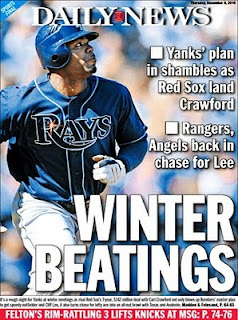 Tis The Season to be Jolly

DAMON BACK TO BOSTON

MILLAR CAMPAIGNS FOR DAMON BACK TO BOSTON 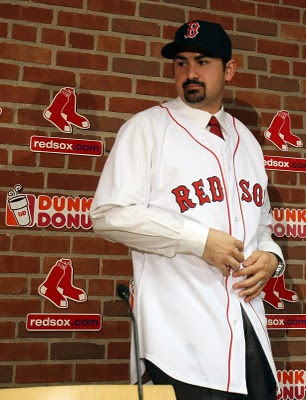