Your 2010 Improvements to Fenway Park

Per a "Red Sox" press release

The concrete in the Lower Left Field Seating Bowl, originally constructed in 1933-34, has been repaired and waterproofed. Â As part of this project, the Dugout Seats, and Field Box Seats have been replaced with new seats that now contain cup-holders and cushioned seats to pad your buttocks from the fat wallet required to utilize the aforementioned cup-holders.Â

*(Due to fire code restrictions these rows of seats have been designated for Fenways roll out of its' new 2010 Virtual Seat Program (VSPs). VSPs were previously referred to as standing room only seats)

All seats, including virtual seatsâ ¢, were refurbished and/or replaced by American Seating, the same company that has worked on the seats at Fenway Park since its inception in 1912. Â The concrete repair work was completed by NER Construction of Wilmington, MA, who also completed a similar scope of work during the 2007/2008 and 2008/2009 off-seasons in other areas of the ballpark as if anyone gives a rats ass about this.

In an effort to create additional space, improve circulation and enhance the fan experience, the concession stand behind Home Plate at the top of the Grandstand has been replaced by new expanded stands that offer a wider variety of food and the most overpriced under-ounced beverage items allowed by law.

In 2010, ARAMARK and the Red Sox will introduce several new menu enhancements that offer fans even more dining options. Â In addition to their classic Fenway favorites, fans will now find double cheeseburgers, grilled chicken bistro sandwiches, and stromboli, because who doesn't want to eat stromboli at the ball park?

At the center of this year's food and beverage upgrades is an expanded and completely renovated concession area behind home plate, featuring a newly installed brick oven for cooking freshly made pizza (served whole and by the slice for easier tossing at out of town fans).Â

Several improvements and infrastructure upgrades have been completed in the Lower Third Base concourse. Â Most importantly, a new staircase has been constructed to provide improved access to/from the newly overpriced concession areas.

All off-season projects were designed by D'Agostino Izzo & Quirk of Somerville, MA, and overseen by Ipswich Associates of Boston, MA. All legal permits required for the construction were obtain by Saul Goodman attorney at law. 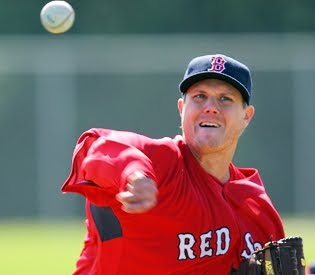 He took his [DRUGS] and thought he was going to be fine and really wanted to get his work in, but you could tell just watching him out there he wasn't himself." -- Terry Francona

Tito spoke yesterday on why a weary Paps got rocked out on the mound after giving up 6 runs on 5 hits. Apparently Papelbon had a migraine prior to the game and took his migraine medication to deal with the symptoms.

"I was just real lackadaisical, not much energy"-- Jonathan Papelbon

Note to Papelbon: Any medication that helps you give up 6 runs should not be your drug of choice.Â
FULL STORYÂ 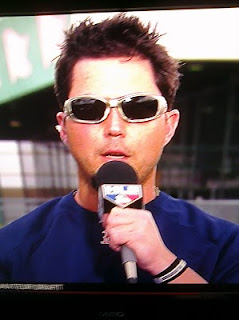 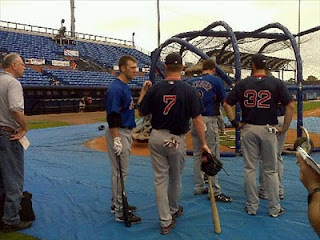 "Hey JD, thanks for all those tips on making sure the media and the fans will never feel connected to me." 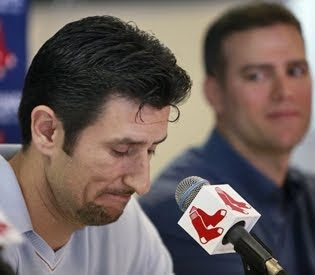 A very interesting read about Nomar's odd choices and ever odder end to his career written up by Rob Borges of the Boston Herald.

The full story of Garciaparra's sad end may never be known, but his friends will tell you he never really rejected that $60 million deal. He was at a barbecue when his agent called to say it was on the table but perhaps they could get more. Garciaparra supposedly didn't say much and went back to his hot dog.

Jonathan Papelbon is Watching You! 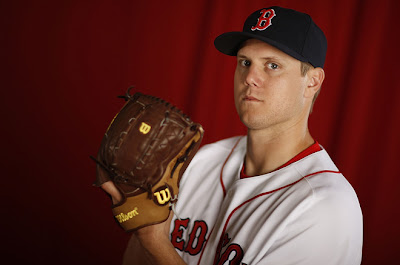