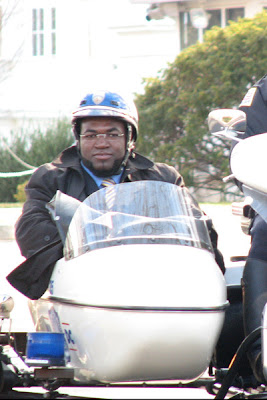 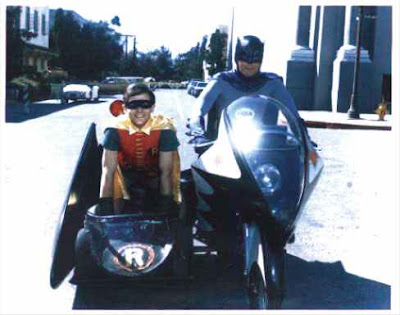 THE PRESIDENT: Welcome. Thank you for coming. Please be seated. So Tim Wakefield's batterymate is Doug Mirabelli -- mine is the Vice President. (Laughter.) We're glad you all are here. The Mighty Red Sox Nation has stormed the South Lawn. (Applause.)

It's my honor to welcome the owners of the Red Sox. The principal owner is John Henry; Tom Werner is the chairman; and my longtime buddy, Larry Lucchino. Thank you all for coming, and congratulations. (Applause.) We appreciate the other owners who are here as well. I'm proud to be here with Terry Francona; the captain of the Mighty Red Sox, Jason Varitek -- (applause) -- the MVP of the World Series, Mike Lowell -- (applause.) They're mentioned because I'm trying to entice a gift out of them. (Laughter.)

We appreciate very much members of the administration who are here -- don't linger. (Laughter.) Welcome to members of the United States Congress -- Massachusetts and Connecticut and probably Rhode Island -- (applause) -- yes. (Laughter.) Thanks for coming.

I'm real proud for the Red Sox Baseball Club, its players, the players' families, all those associated with this unbelievably successful franchise. You know, you've -- Red Sox Nation extends beyond the South Lawn, extends beyond New England -- it obviously goes to the Caribbean and even the Far East. So we welcome Japan's Daisuke here to the South Lawn. (Applause.) His press corps is bigger than mine. (Laughter.) And we both have trouble answering questions in English. (Laughter and applause.)

2007 was an unforgettable season -- fast start, hung on in the end, swept the Angels, had a little trouble with the Indians, but battled back from what a lot of folks were saying sure defeat, and you took on Colorado and swept them. Like, you're 8-0 in the World Series. And I appreciate the fact that, as I mentioned, Mike Lowell put on an outstanding performance. But it was a team effort that brought the Red Sox here.

I love the fact that you've got some of the game's biggest stars. I mean, "Big Papi," the guy lights up the screen. He brings a great personality -- (applause.) I'm sorry his running mate, Manny Ramirez, isn't here. I guess his grandmother died again. (Laughter.) Just kidding. (Laughter.) Tell Manny I didn't mean it. But I do want to quote him. He said, "When you don't feel good, and you still get hits, that's when you know you're a bad man." (Laughter.) I don't know what that means. (Laughter.) But if bad man means good hitter, he's a really bad man, because he was clutch in the World Series and clutch in the playoffs. THE PRESIDENT: Spring, Texas. He's a big-game pitcher. He struck out -- nine strikeouts a game in the playoffs. I appreciate very much that he works hard and throws hard, and is a proven winner. And I guess he took some lessons from Curt Schilling, one of the great big-time pitchers. (Applause.)

You can't win the World Series without a good bullpen. I've got to make mention of a guy who is from my hometown of Midland, Texas -- that would be Mike Timlin. Mike, good to see you again. (Applause.) You did not buy those glasses in Midland, Texas. (Laughter.)

THE PRESIDENT: And how about Jonathan Papelbon? (Applause.) The guy pitches almost as well as he dances. (Laughter.) And I appreciate the dress code. Thanks for wearing pants. (Laughter.) Good job, and congratulations.

I do want to congratulate the ownership and the front office. This is a club that was wise enough to maintain a core of players that knew how to win. Varitek, Mirabelli, Ortiz, Ramirez, Schilling, Youkilis, Timlin and Wakefield were all members of the 2004 championship team, and they provided the nucleus to bring some new players and some young players along. I bet you Dustin Pedroia, the American League Rookie of the Year, would tell you it makes a big difference. (Applause.) It makes a big difference to be hanging out with people who know how to win.

And so the ownership gets a lot of credit, the front office gets credit, and so does a really fine manager in Terry Francona. (Applause.) Laura and I had the honor of having Mike Lowell and Mrs. Francona and Terry for dinner earlier this month -- earlier this year. And what I was impressed about was the values of this guy, and the fact that he honors his family as the first and foremost thing in his life. And I think the ownership made a good deal in signing him to a new contract. (Applause.)

I appreciate the fact the team has overcome adversity. All of America, whether you're a Red Sox fan or not, was moved by the Jon Lester story. Jon had a decisive victory over cancer, and in the World Series. And it was an inspiration to a lot of folks who were looking at this good man to determine whether they, themselves, could overcome adversity. And so, Jon, we want to thank you and congratulate you. (Applause.) I don't know if you know this or not, but these good folks are headed to Walter Reed after this celebration, and I -- (applause.) These champs have got a chance to bring some joy in somebody's heart, and I want to thank you for really honoring the true heroes of the United States of America, and those who wear the uniform of our country. And I'm really thankful you're going.

And I thank you for your commitment. I thank you for your dedication to a great sport. I congratulate and thank your families for hanging in with you in this long, 162-game season. I wish you all the best in the upcoming year, and it's my great honor to welcome you back to the White House as the World Series champs. (Applause.)

Manny Being On Time and Talking 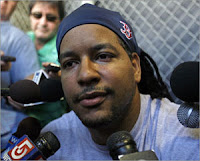 For the first time ever Manny Ramirez shows up for spring training on time, does not bring an agent with him to claim that he does not want to be traded, and is willingly talking to the press.

Are You Ready For Some Mullets?

Are You Ready For Some Mullets? 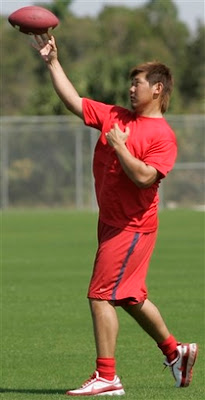 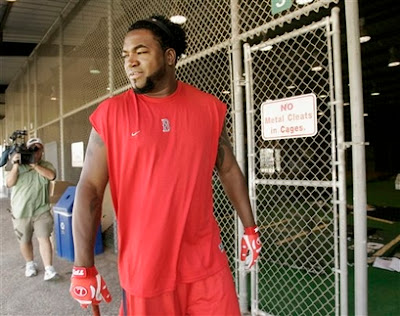 Shortly after the World Series David "Big Papi" Ortiz had surgery on his right knee to repair damaged cartilage. In November Ortiz said

I think I will be training and running at full speed by January."

EVEN THE BIRDS SOUND HAPPY


The Red Sox equipment truck has arrived in Ft Myers and was unloaded Tuesday February 12th.

In Case You Missed It

The truck should be in Ft Myers when pitcher and catchers are scheduled to report on Thursday February 14th.

If A First Baseman..

IF A FIRST BASEMAN JOINS A TEAM IN MIDDLE OF THE WOODS AND NO ONE IS THERE TO HEAR IT DOES THE FIRST BASEMAN ACTUALLY JOIN THE TEAM? 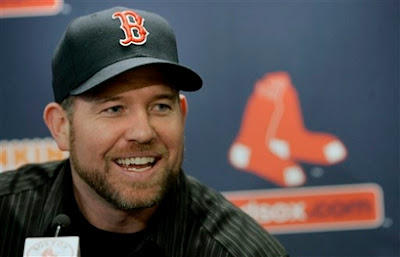 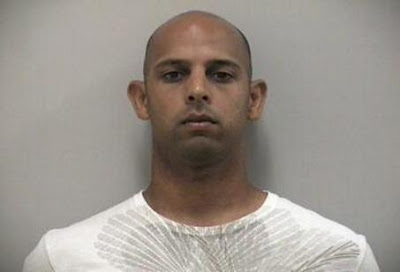 Cora turned himself in to a Martin County Jail in Florida on Wednesday morning.
The charges stem from being pulled over in 1999 after having a "few beers" at Club 007 and then refusing to take a breathalyzer test. He was released Wednesday on $20,000 bond.
Full Story