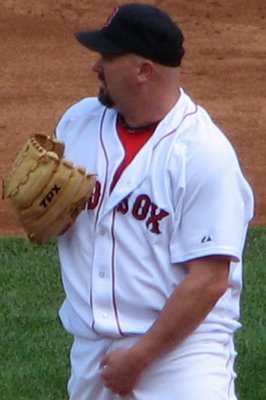 WHICH WAY TO FIRST? 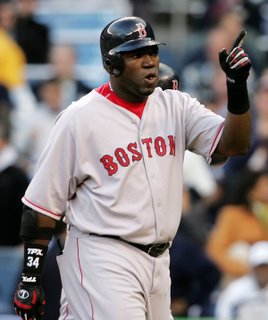 When David Ortiz joined the Red Sox in 2003 he was ready to compete with Millar, Hillenbrand, and McCarty for the full time firstbase position. When it was all said and done he started 44 games at first with 3 errors. Highly serviceable defensive play for a man of his size, but alas it made more sense for Millar and McCarty to play first and Ortiz to move to the DH spot and earn his title of Big Papi. Fast forward to 2006 and Ortiz is less excited about going back to the field.

I'm not looking forward to it. I have to. No choice. I'll handle it." -- David Ortiz

Ortiz went on to say that he doesn't mind playing the field because it allows him to look around and talk to people. 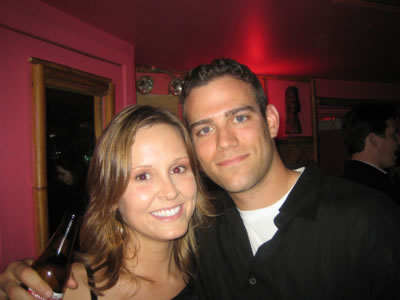 "State of the Nation" will air every other Tuesday morning not on WEEI (that is the headline here) but on FM WAAF. The show is not really a show but a call in segment during the Hill-Man Morning Show that Epstein has signed onto for the rest of the season.

Why does it sound like David Lee Roth will be involved?
Full Story

IT IS NOT A TUMOR 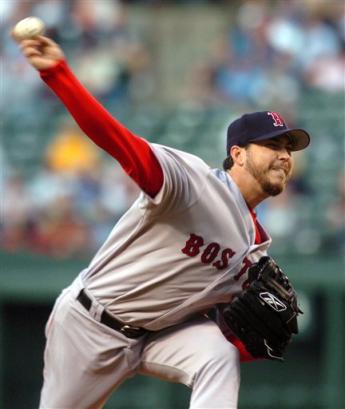 My lower back grabbed a little bit and I think that had a little something to do with Tito taking me out even though I was still pitching pretty good up to that point, It's a little tight, but we'll just assess the situation tomorrow and everything will be fine. It's not like it's never happened to me before, and it didn't cause me to miss a bullpen or anything like that so, just start taking care of it and I think everything will be fine."-- Beckett 5/14/06

When there is no Red Sox baseball to watch a mind gets to a wondering. Wondering how bad our pitching staff really is. Wondering if Schilling will turn the corner and have quality start after his less than encouraging last three starts? Will Beckett always give up 2 runs in the first inning? Is Clement only going to get worse since the Sox push him back as often as possible? Well, wonder no more and hope for a quick fix that will magically solve all our pitching problems. That quick fix is no one other than Roger Clemens and you can voice your opinion at this petition calling for The Rocket to return to Boston. 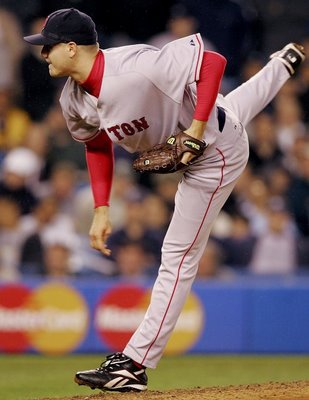 That is how, Yankees Yes network play by play announcer, Michael Kay described Jonathan Papelbon prior to the ninth inning Thursday night.

Finally A Good Game From Beckett 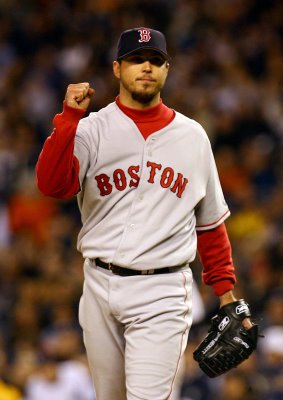 Sometimes you just need a day where you can go out there and just let it fly. Today was one of those days for me, where I felt strong, and you can just go out and throw every pitch as hard as you can."-- Beckett

Oh What A Night 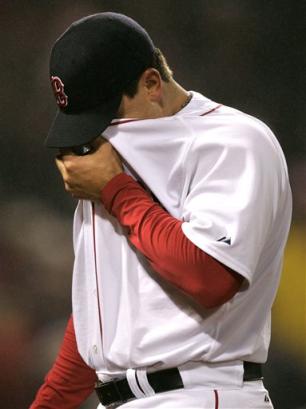 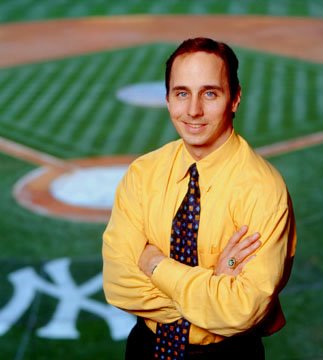 The kind hearted fun loving GM of the New York Yankees on trying to block the Red Sox from reacquiring Doug Mirabelli. 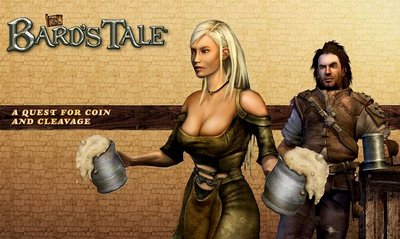 Josh Bard, who had the job of catching the balls that Tim Wakefield threw at him, lost his job today and was traded to the Padres because he could not catch the balls Wakefield threw at him. Doug Mirabelli will return to the Red Sox Monday night. All the Sox had to do was get rid or the catcher who can't catch and a 23 year old minor league closing phenominon named Cla Meredith.
Story