It was sad to see Jon Lester go when he was traded to Oakland in July 2014 but it was even sadder when the Sox brass offered and insulted him such a lame contract this past spring. The Red Sox didn't lose Lester today when he picked the Cubs over the Sox or when they traded him for the outfielder Yoenis CÃ©spedes who is apparently an arrogant prick who can't play the field. They lost Lester in spring training 2014 when they offered him a four year contract worth 70 million (17.5 million a year) after Lester professed he would take a home town discount. Lester is now going to be getting paid close to or over 26 million dollars a year depending on how you do the math. The Red Sox did make an aggressive offer to resign Lester at around 20 million dollars less than the Cubs offer but it was too little too late. I leave you with my first Jon Lester post 8 years ago during his rookie year. 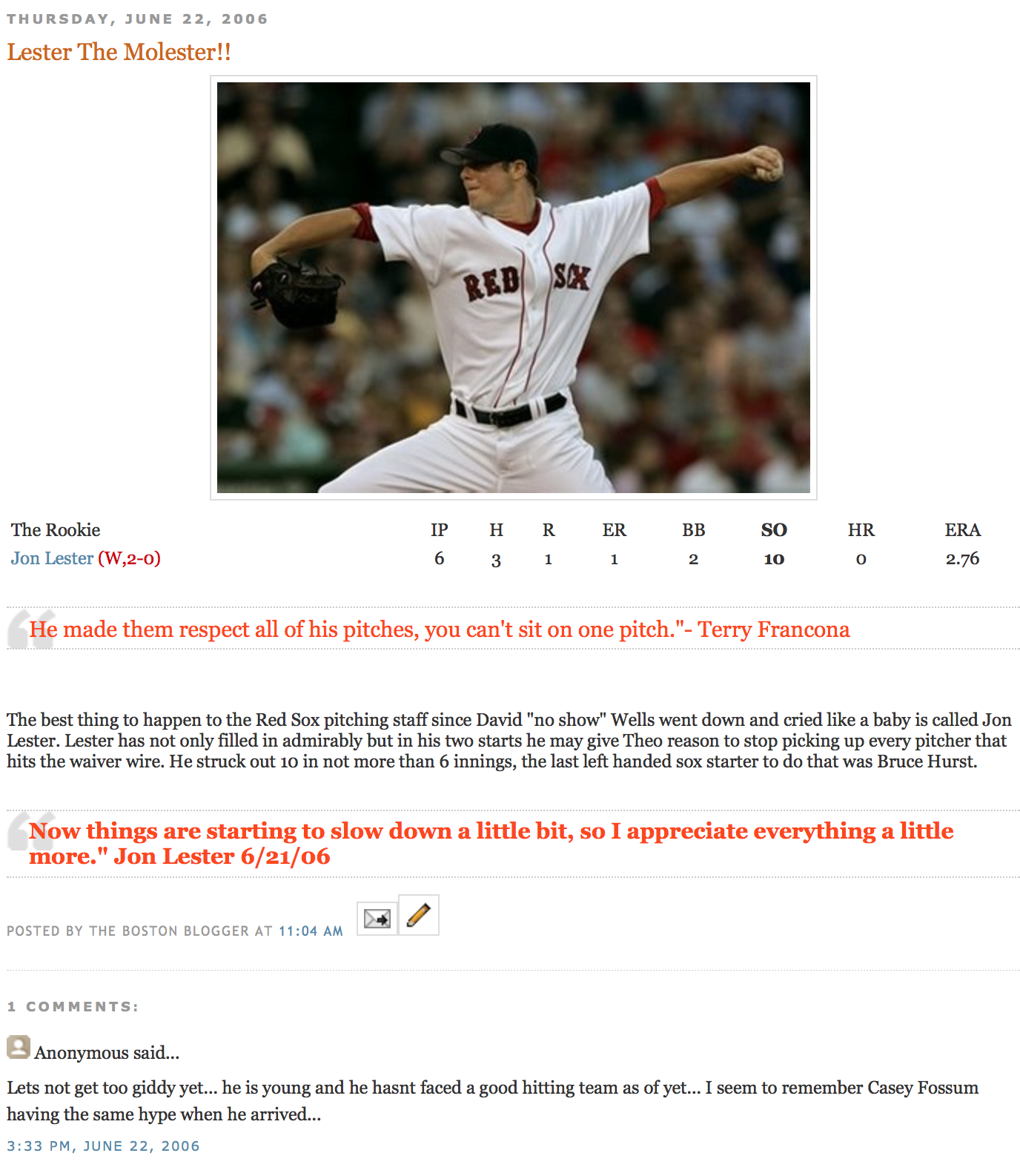