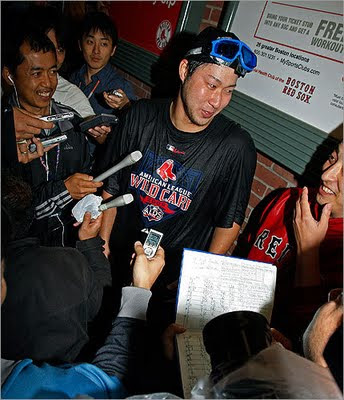 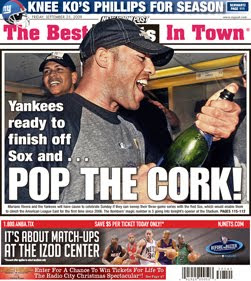 Uncork the champagne and use red socks to mop up spills on the
clubhouse carpet. That would be quite a Yankee Stadium party.

The New York Post seems to think a three game sweep of the Red Sox is likely and it is worth using the back cover of their paper for such speculation. This is frist rate sports journalism at its finest. The earliest the Yankees can clinch the AL East and pop the cork is on Sunday if they sweep the Red Sox; which is a tall order. The story does actually acknowledge that the Red Sox could clinch the wild card this weekends as well if they sweep the Yankees; also not not very likely.

"It's brutal; I gave the game away. Bottom line." --Tim Wakefield

New York is a Little Quieter

There is no question that the Yankees are the better team for this regular season. Would be favored if they do play the Red Sox in another ALCS. But there was this idea after the Yankees got all those games off them in August that it was game, set, match against Boston for '09. 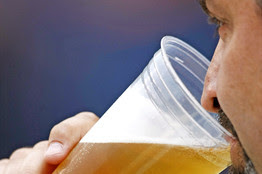 Of course, nothing compares to Boston's Fenway Park. There, you'll pay $7.25 for just 12 ouncesâa rate that is, ounce for ounce and win for win, the worst beer value in baseball.

It has been a long strange Sox summer. Do you wish the playoffs would start already and that the Sox will bring the World Series back to Fenway? You are not alone. As good as the Sox are there is no guarantee the Fall Classic will return, but the ever opportunist Sox owners decided to guarantee a classic will come to Fenway regardless. The Winter Classic that is. 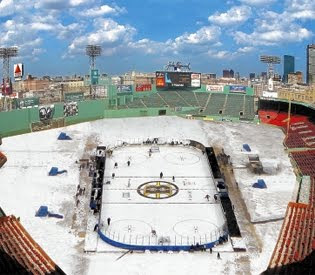 What is the Boston Winter Classic? Good question. Basically it is a regular season NHL hockey game that is played outdoors on January 1st. This year the outdoor NHL action comes to Fenway Park. The Boston Bruins will play the Philadelphia Flyers at Fenway. There has been football games played at Fenway before, but never Hockey. How do you become a part of such a unique event? Do you buy tickets at Fenway? At the Garden? Worry not, go straight to our friends at Greater Boston Tickets for Winter Classic Boston Tickets at the best prices.