When Pedro Martinez left the Boston Red Sox for the New York Mets after the 2004 season most people assumed that the departure was over money or respect (if you are Pedro or his agent) but no it was over computers. More accurately the analytical computer reliant members of the Boston Red Sox front office. Now thanks to a couple of articles we know the real truth behind his departure.

Pedro Martinez didn't want to leave Boston? Then why have multiple sources confirmed that mere hours after the Red Sox clinched the 2004 World Series did he scream the following at members of the front office as they walked triumphantly to the team charter:

"Hey computer geeks!" Martinez screamed. "Computer geeks! This is my World Series, not yours! And now I'm a free agent and there's nothing you can do about it!"


Moments after the final out last night, Red Sox GM Theo Epstein sailed through the interview room, where manager Terry Francona gives his postgame news conferences. He was whistling a happy tune, stopping only to utter five words before resuming the song: "Computer geeks one, Pedro nothing."

"I THINK THIS BALL IS BROKEN"

"REYES, THIS IS ALL YOUR FAULT"

"I sleep on top of a pile of money, with many beautiful ladies." 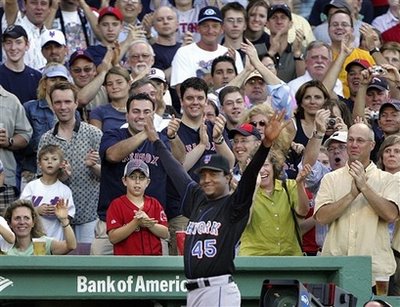 It was emotional - unless you don't have a heart, it was better than I thought. I thought some people would still be bitter."

Pedro Martinez on the lack of boo's greeting him in his return to Fenway.

A PICTURE IS WORTH 16 WORDS 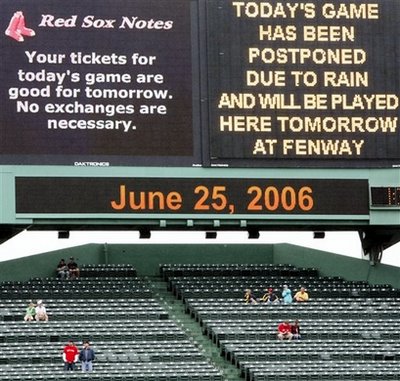 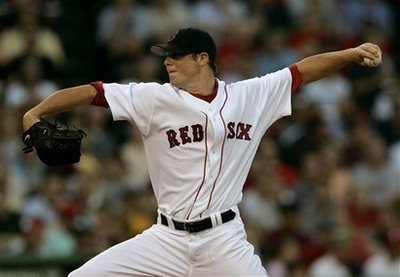 He made them respect all of his pitches, you can't sit on one pitch."- Terry Francona

The best thing to happen to the Red Sox pitching staff since David "no show" Wells went down and cried like a baby is called Jon Lester. Lester has not only filled in admirably but in his two starts he may give Theo reason to stop picking up every pitcher that hits the waiver wire. He struck out 10 in not more than 6 innings, the last left handed sox starter to do that was Bruce Hurst.

Now things are starting to slow down a little bit, so I appreciate everything a little more." Jon Lester 6/21/06

Superman He Is Not


Craig Hansen pitched two innings Tuesday night, gave up two earned runs, and some how lowered his ERA from 13.50 to 10.13.

Monday Terry Francano stated that he was ready to turn over the keys in situations where the game is on the line to Craig Hansen and Manny Delcarmen. Tito may only be half right. Hansen has yet to pitch ONE good inning in the majors.

The Sox have scored 3 runs in the past 21 innings. They deserve to lose. 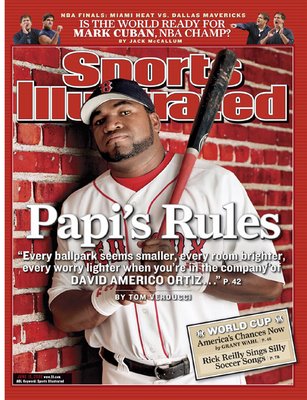 Ortiz, who spent his first six seasons in Minnesota, was cheered heartily by the Twins fans when he came to the plate in the first inning.

ALL IS WELL THAT ENDS WELL 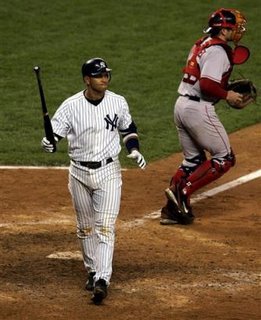 A-Rod strikes out to end the game and the series.

It was another weird game, I go through periods like that and it's no singles. That's the way it's going. Mentally, I'm trying to stay positive. I'm still searching."--Schilling on giving up the long ball

Words from the struggling yet league leader in wins picther.